A little about me

Journal : What's happening in my life 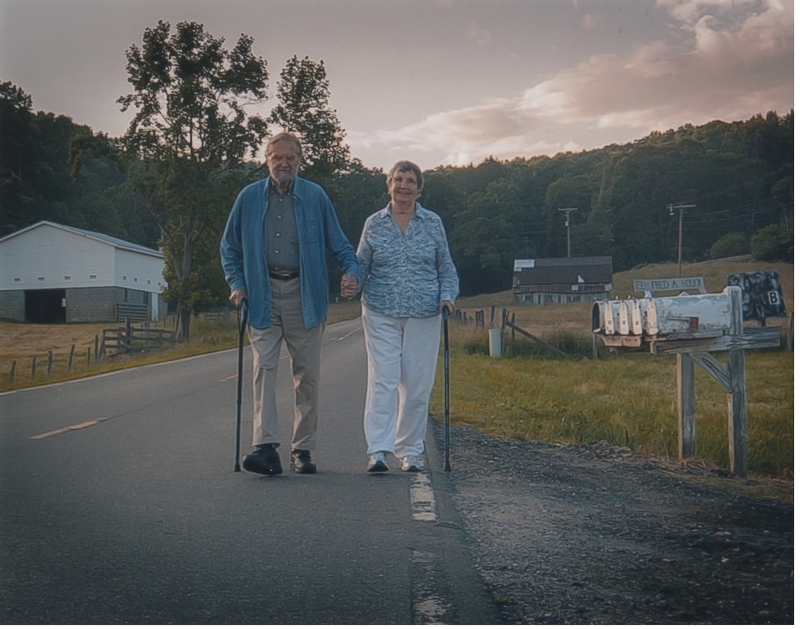 Mom and Dad got a rep as the most romantic couple in our area. Out twisty mountain road has a straightaway that starts right by their driveway, and they would walk the quarter mile for their exercise, holding hands. Locals would stop and talk when they were out.

A photographer chanced on them one day, and took some pictures; we now have copies, and a warm memory of their love. 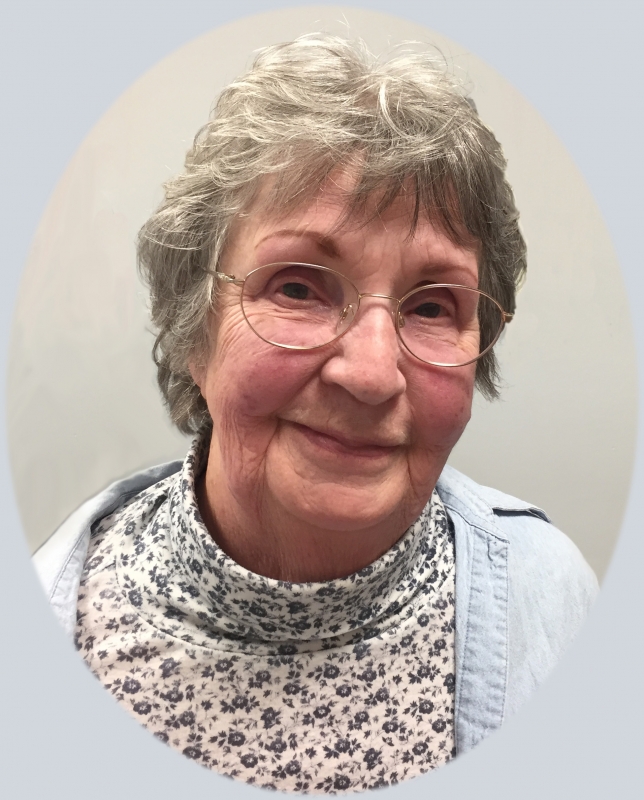 It is with sadness, relief and joy that we announce: Joan Kolseth has passed from this earth to her Heavenly home around 9:30 am this morning. She is now at peace with her Savior and her soul mate.

Joan F. Kolseth, 85, of Todd, NC, entered into the Lord's rest on August 14, 2017. She was in hospice care at Ellen Memorial Healthcare Center, and had been living with her daughter, Julie Eschler and her husband, Edward, in Honesdale, PA, prior to entering Ellen Memorial.

Joan was a loving wife and mother, a faithful servant of Christ and example to her children in her devotion to her husband and zeal for God's word.

She was preceded by her husband, Richard S Kolseth in 2015. She is survived by her three children, Richard Kolseth and wife Katrina of Todd, NC; Julie Eschler and husband Ed of Honesdale, PA; and Sharon Robinson and husband Tim of Manlius, NY; 16 living grandchildren, and 9 great-grandchildren. She is remembered by numerous dear friends and a legacy of people she touched with her testimony.

A graveside memorial service will be held September 8, 2017 at 2pm in Memory Gardens, for family and friends. The address is 983 Watervliet Shaker Rd, Albany, NY 12205. 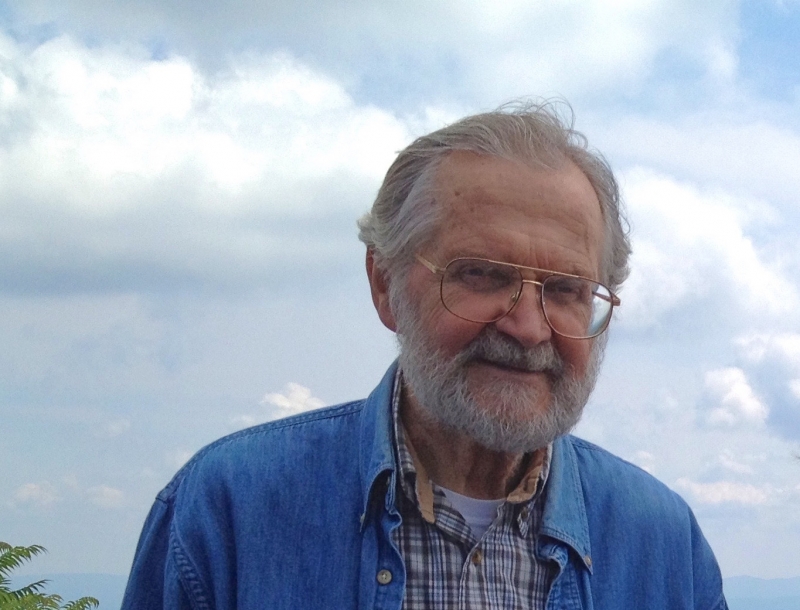 My father left this life early on a Saturday morning for his new home in Heaven. I want to thank everyone for their support and prayers for Joan and the family.

A memorial celebration was held Thursday, April 30, at 4pm for local family and friends at Beaver Creek Christian Church in West Jefferson, NC.

A graveside service will be held at Memory Gardens in Albany, NY, May 30 at noon for family and friends. 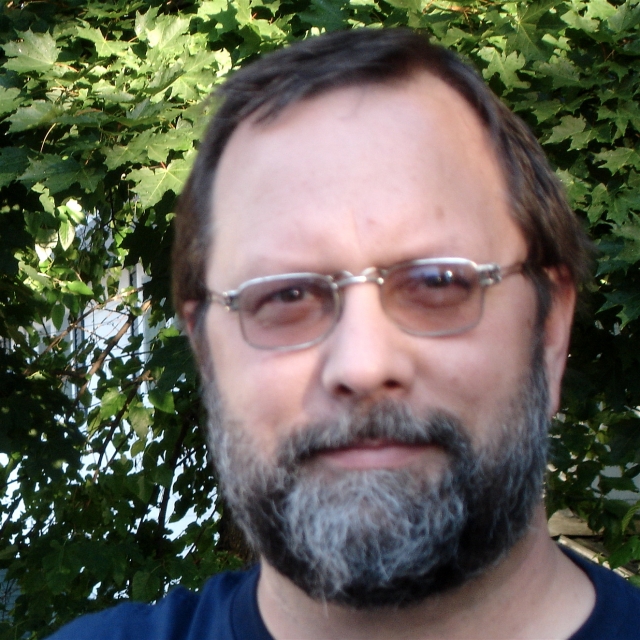 Welcome to those who are coming here for the first time, and welcome back, all the rest of you. Here you will find my online resume, and a few things that don't fit on my other two personal sites.

A little biographical information for you and the 'bots. Born on October 26, 1955 in upstate New York, through no fault (or virtue) of my own, I now find myself a middle aged man with a large family.

I am grateful to the Lord for this. I have a loving wife, and eight great kids. Yes, eight. I love doing that to people. I take seriously the Lord's command, "Be fruitful. and multiply." We educate our children at home. I didn't mean to become a radical; I'm just lucky, I guess.

In 1980 I had graduated with an Art degree from Troy State University. By 1993 I was a fairly competent jeweler, but that was pretty much the only skill I had. I was, however, playing around with a little Macintosh SE, creating price lists and marketing materials with MacPaint.

We've been living in the extreme northwestern corner of North Carolina (the proverbial "high country") for the last decade plus. I came here in June of '93 after a 12 year career, if you could call it that, as a jeweler/goldsmith in the Augusta, Georgia area. I was following one of my clients who was going to open up a shop in Blowing Rock, and received an abrupt lesson in economics and the precarious condition of a new business. By October, it became obvious that I needed to find something else to do.

In short, I ended up with no job and two house payments. I quickly discovered I had other talents. I began writing for local papers, and expanded on my graphic talents with typesetting work. Then, thanks be to Al Gore, the Internet happened. A technically brilliant friend and I partnered on a web services venture. He provided the geeky stuff, I made it pretty. As time passed, we've moved in different directions (he moved north, to the DC area), though we still collaborate, and I began to learn more and more of the technical side.

In 1998, I began Lost Province Productions, and began hosting my own sites. I continually climb a learning curve (I have the calluses to prove it!), trying to meet the needs of my various clients. Now I'm able to do very high-tech things in a very rural setting. I've found that I'm able to do almost anything, given a little time to prepare and research. That attitude is important in the fast-moving world of the Internet, where technologies are invented and re-invented almost daily.

Those of you my age might remember the Lone Ranger. It's the Friday episode, and L.R. and Tonto are surrounded by thousands of upset Native Americans in a blind ravine. They're down to two bullets each, and then another thousand Indians show up just as the program ends. On Monday, you know how the show begins: "...after escaping from the Indians, the Lone Ranger and his faithful sidekick head for town..." In other words, the writers just gave up and started over. That's how it feels, in the summer of 2004. We're back down to one house, and starting to see a bit of income, but I have no idea how we made it, except that God was good to us, and kept us one day at a time.

I've found that I can learn, adapt and flourish, (thanks in part, to the Macintosh and Apple computers). God willing I'll continue this process in the next half-century.

Discovered Macintosh Computers, 1984: constant voyage of discovery. Learned Pagemaker, Quark, Photoshop, FreeHand on the job. Now familiar with Photoshop, InDesign, Illustrator, GoLive (but prefer): Dreamweaver; can use BBedit and Interarchie to get down and dirty with the code

I am actually not a code-savvy alpha geek, although I have designed or modified web applications in Cold Fusion and php, including e-commerce forms, contact forms and database-driven weblog sites.

Portfolio : Examples of my work 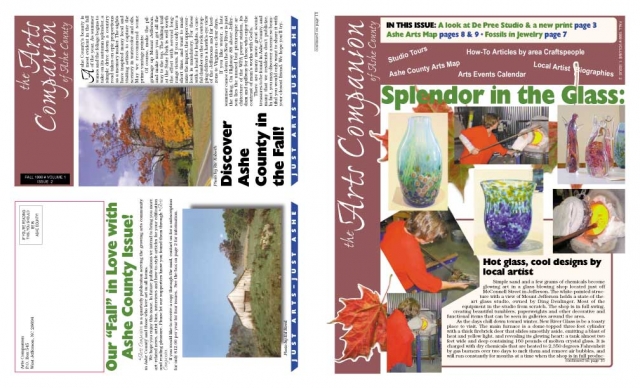 Auto Showroom (complete production pre-press since mid '90's) We put out a book every 3 weeks. Also designed and host HCAutos.com

Designed and produced the Ashe Arts Companion (pdf, 1.6mb) for myself, and other similar newsletters for Drury Publishing . This issue I did the whole shooting match: photography, copywriting and design as well as typesetting. Click the thumbnail for a larger image.

Of course, various brochures & catalogues over the years... 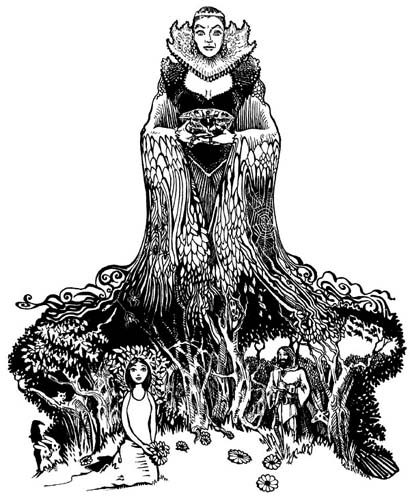 Some examples are here at lostprovince.net

You can explore more of my illustration at lostprovince.net

Flashes From Genesis are some technical illustrations I did with Illustrator.

I am trusting in Christ's sacrifice and His resurrection as revealed to me in the Holy Bible for my personal immortality.

In the early 60's, my family began attending an independent Baptist Church; in the years prior, they were nominal Christians; my Dad has mentioned that JFK's assassination shook him out of his complacency, and got him to investigate spiritual things. He went forward during an invitation one Sunday, and at age 8, I followed him.

I don't really remember much about that day (after all, it was almost half a century ago) but I do remember being a skeptic, even then: it was a Baptist Church, during the 60's, after all; they must have used the 4 Spiritual Laws, and asked me to commit my life to God, to believe in Him. I remember wishing they could prove this Christianity stuff to be true. But I must have made a decision, because God has witnessed with my spirit ever since, that I am one of His.

I was baptized shortly thereafter as an affirmation of that belief. Over the years since, despite the efforts of teachers in the public school system, humanistic philosophy, the media and the bad examples of many professing Christians, I know that God is faithful, and powerful enough to preserve me and to preserve His Word in order that I may know what I need to know about Him.

"Unfortunately", I can't point to a dramatic test of my faith; I have had various ups and down in my life, but the bad stuff, to be honest, is pretty much my own fault. Unpleasant things have happened to me: I have lost jobs, even lost a child, but I can't really even call that a tragedy: I know that I shall meet her again one day. I know my own weakness, and I also know that it is God's hand that each day, makes me able to remain faithful to Him.