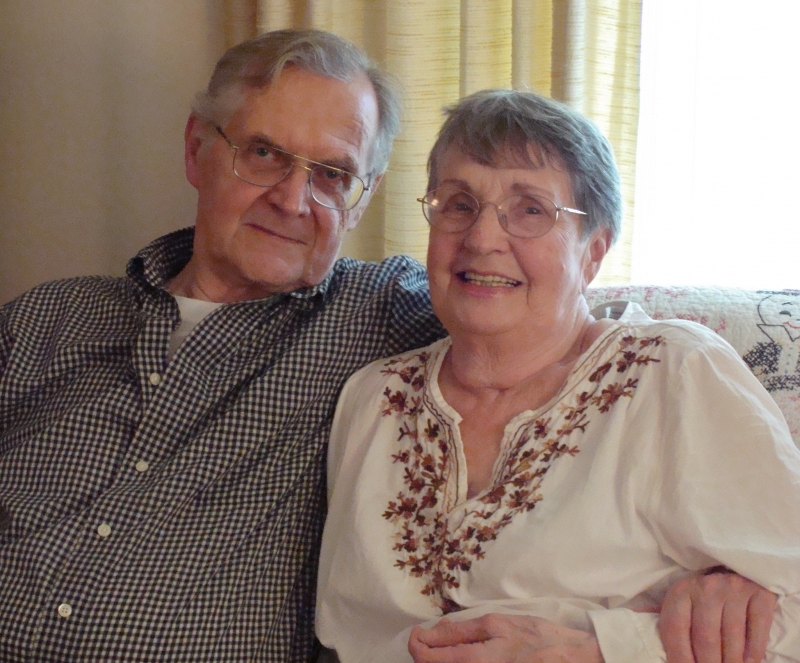 He slipped out quietly, early on a Saturday morning, so as not to disturb anyone. His youngest daughter heard him go, but the rest of the crew had said their goodbyes already. They would have liked to stay and wait him out, but life happens, the body, schedules, time and space make their demands.

Dad was a quiet guy. Never said much, and this quiet was enforced in the latter years by an increasingly uncooperative nervous system. But near the end his wife, his two daughters and I were by his side, and when he rallied and was able to look around from time to time, he saw us and smiled.

I know it was difficult for him to leave; he and Mom were inseparable. These last four years they were known as the "walkers" as they strolled arm in arm along our road, up to the stop sign and back, and then for shorter and shorter distances as his strength diminished. Neighbors would slow and stop on one of the few straight bits of road in the county to say hello.

Their closeness and obvious love for one another were an inspiration to their children and grandchildren. Their story will be told to the great-grands, and he will be missed. We've not lost Richard, he's just gone on ahead, scouting the territory for the rest of us.